How To Save The Perishing Soul From Hell Condemnation 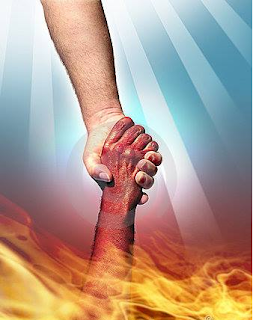 In a revelation, The Lord showed me in the Spirit a huge valley and i could not even see where it ended. When i looked, i saw like the whole valley was filled with a lot of people. They were looking like tiny dots and went as far as my eye could see. Then it was as if someone had poured water in the valley and the people kept moving in the direction of the waves of the water.

Mark 16:15-16 ‘And He said unto them, "Go into the world and preach the gospel to every creature. He who believes and is baptized will be saved. He who does not believe will be condemned” If the waves went forward, so would the people and if the waves went to the back, so would they. The Lord was watching the valley with me and we were seeing it from above. Then he said, that which you see in the valley are the people of the world. The water making them move in its direction are the things of the world, which is hindering them from accepting my gospel and causing them to backslide from faith.

They follow in which ever direction the world leads them without any hesitation. I noticed that tears kept dropping from his eyes. He said, "That is not what I want for them. I have given myself up for the world but they have rejected me. They have chosen that they want to go to hell through their actions. Jude 1:12 "They are clouds without water, carried away by the winds"

The Great Commission In Saving The Perishing Soul Through Evangelism.
They go in which ever direction the wind goes. That is why we need to evangelize to the lost soul. The Lord said we need to evangelize to people who didn’t have the truth because it was his greatest passion and reason why he came to earth.  Luke 19:10 "For the Son of man has come to seek and to save that which was lost" 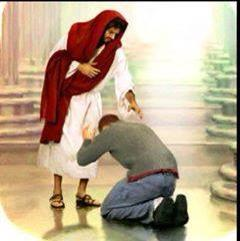 The Lord said, "Don’t cover your light, the light of your salvation. Let your Light shine on the darkness. Let all that is dark be ashamed in the presence of your light. Let it shine to all the corners of the world." "Go out and bring the world to me, the lame, the blind, the Children, the Prisoners and even the sick. Bring them all to me. I will not cast them out. Let them worship the Lord of Lords.

READ ALSO: How To Preach The Gospel For Novice.

My arms are opened wide ready to receive them. Show them the way which you yourselves were shown" Matthew 5:14-16 “You are the light of the world. A town built on a hill cannot be hidden. Neither do people light a lamp and put it under a bowl. Instead they put it on its stand, and it gives light to everyone in the house. In the same way, let your light shine before others, that they may see your good deeds and glorify your Father in Heaven”

The Lord wants us to save lost souls. The Jehovah's witnesses are found everywhere. They are so eager to evangelize but they teach lies. They go door to door telling people to relax in their sins. They say, "There is no hell. When you die you just disappear. There is no Hell because God is a Loving father and we are his Lovely dear children here on Earth, so there is no punishment for sin.You just stops existing when you die"

We continued walking and the Lord showed me a white man whose hands were stretched out and the surprising thing about this man is that he had a very fine sword inside his tongue and this sword crossed through his head and was coming out of his body. His feet were grabbed by chains and his back was full of blades set in different positions in a way that no matter how he moved, he would be cut. When I saw this man in this condition, I told Jesus, “Lord, please help him. 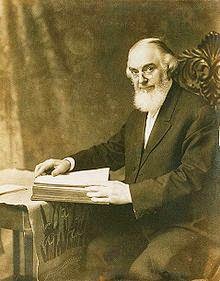 Do something Lord Jesus. Look at the horrendous pain that this man is going through.” The Lord asked me- “You don’t know who this man is? “No, Lord”, I said. I saw how the knives got through his skin and then through the bones and how they came out of his body. The man only screamed in agony.

The Lord told me, “judgment against this man has been established. Now I am going to tell you the identity of this man.” Because of that revelation, the Lord said‘You will have to run from city to city because this will cause you a great persecution but I will be with you.” He went on to say “Rodolfo, this man is Charles T. Russell”. I said “Lord, who is he?”

READ ALSO: Christians That End Up In Hell Fire

The Lord said that this man was the founder of the Jehovah’s Witnesses. I pleaded “Lord, please help him” and the Lord said: “No, Rodolfo”. And as the Lord moved his hands, immediately I saw that many souls were falling into hell in every way possible: they were falling head first, feet first, stomach first etc.

“Rodolfo, for that cursed man, all these souls are entering into hell. This man taught that God was only a God of love. The Bible says that God is a consuming fire. This man Charles Russell took the word hell from the Bible and he took out all the words Sheol and Abadon. Also, he denied the deity of Jesus Christ and also denied the deity of the Holy Spirit and he put only the Word Jehovah in the Bible. He took out Jesus and the Holy Spirit. For this cursed man, all these souls are falling into hell.” (Revelation 22:18-19). Then the Lord said: “I curse that man”. 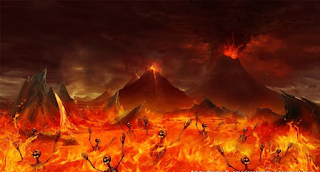 Please Jehovah Witness that is listening to me at this moment, I don’t want to offend you. Get out of that sect and come to Jesus quickly. I don’t hate you and I don’t hate your religion either but you are in a farce. Come to Jesus. He is waiting for you with open hands. Charles Russell is in hell because he taught lies. Don’t follow his lies.

When we left this place, these prison doors closed and caught fire and this man Charles Russell cried and screamed and cursed Jesus repeatedly because Jesus said“The judgment has been set for this man”. Now the Lord said: “Rodolfo, now I am going to show you the black jails of hell. This is the extreme punishment of satan to the souls in hell.”

‘No Lord, please! I have already seen horrendous things, take me out of this place. Please…” The Lord said, “OK, Rodolfo, I am not going to do anything if you don’t permit me. I am going to take you to heaven now”. Culled from: Hell Revelation-The Condition Of Today Church By Rodolfo Acevedo

Nevertheless, there is a reward for the righteous and it’s called Heaven and there is a punishment for sinners and it’s called Hell. It exists whether one decides to believe it or not. Even if one believes that Hell does not exist, they will land there if they don't repent. It is not negotiable. The bible talks about Hell in very clear terms. Only those who love to please the flesh comfort themselves attest that it does not exist.

They are capturing many people in this Web of lies. 2 Timothy 4:3-4 "For the time will come when they will not endure sound doctrine; but after their own lusts shall they heap to themselves teachers, having itching ears; And they shall turn away their ears from the truth, and shall be turned unto fables.

If these people are so eager when teaching lies, how then about us who know the truth? We should work even harder than them and tell people the real Truth. We should work eagerly in the Lord's Vineyard by evangelizing. For indeed the harvest is plenty but the Laborers’ are few. Matthew 9:37.


The Lord had previously shown me young children of about ten years preaching the word of God in the streets. They were telling people to turn from their wicked ways and even praying for the sick. That is what the Lord wants. Proverbs 22:6 “Train up a child in the way he should go, And when he is old he will not depart from it." 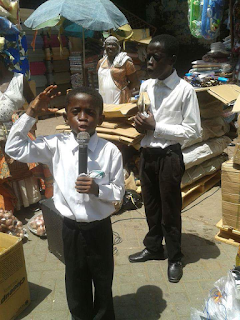 READ ALSO:  Guidelines And Ways Of Preaching The Gospel From Crash.

Let all put on the whole armor of God according to Ephesians 6:10-18. This armor is a divine tool of sharing the gospel of Christ. Hence, if you are not evangelizing, your armor is not complete. Don't expect to get saved if you are not doing the Lord's work.

Title : How To Save The Perishing Soul From Hell Condemnation
Description : In a revelation, The Lord showed me in the Spirit a huge valley and i could not even see where it ended. When i looked, i saw like the ...
SALVATION MESSAGE