The Historical Origin And Danger Of Women Trouser 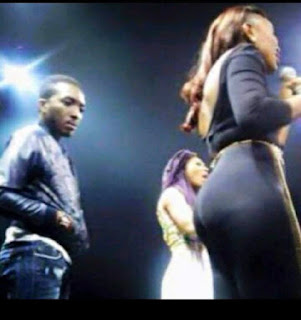 Before the invasion of Africa by the western colony Masters; Nigerian cultural ways of dressing for women is WRAPPER which is tied around the waist and chest. While men ties their own around the waist. However; in 1861, the British government invaded Nigeria and that mark the new re-formation of Nigeria. Within short term; Henry Townson with his fellow missionaries team brought Christianity to Nigeria and later mount their headquarters’ in badagry; where the first church foundation was later laid. 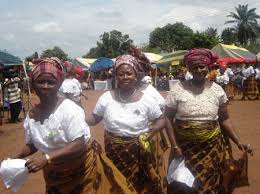 Nevertheless; before this great invasion, the western and European cultural way of dressing is quit unique while comparing to that of African. The women were seen wearing a very Long flowing gown, which usually scrub the ground floor; with white gloves in their hands, with a hat covering their head. Most of the time; they were seen holding an umbrella while walking on the road. But long gown was the most common attires for both European and British women during those eras. 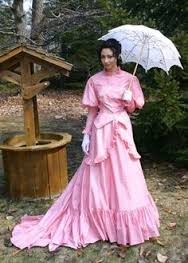 The men were also seen with a tiny tight trouser, long sleeves shirt, coat, short knickers and also with those logy hat. The women hats are circle and flat while the men are logy in length.
When you watch the video documentary of the transition of government between the British government headed by Mr. Oliver Hyitheton and Nigeria government headed by Alhaji Tafewa balewa and Dr Nnamdi Azikiwe in 1960; then you will understand more of this cultural dressing facts. 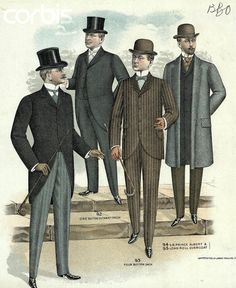 Howbeit; before the transition of power in Nigeria; in 1851 "Elizabeth Smith Miller with her fellow demonic team challenged the former westerns women dressing code. Afterward, she introduces TROUSER or PANT which is also known as PANT in western tongue. Though when it was introduced it was not accepted because it looks horrible and lack pleasant design and techniques and also different from that of men.

"Below is her exact words before she sojourn into her Jezebel quest for reformation of women trouser" It was taken from the Elizabeth Smith Miller collection at the New York Public Library:

"In the spring of 1851, while spending many hours at work in the garden, I became so thoroughly disgusted with the long skirt, that the dissatisfaction... suddenly ripened into the decision that this shackle should no longer be endured. The resolution was at once put into practice. Turkish trousers to the ankle with a skirt reaching some four inches below the knee, were substituted for the heavy, untidy and exasperating old garment.

Soon after making this change, I went to Seneca Falls to visit my cousin Mrs. [Elizabeth Cady] Stanton... and she at once joined me in wearing the new costume. Mrs. [Amelia] Bloomer, a friend and neighbor of Mrs. Stanton, then adopted the dress, and as she was editing a paper [The Lily] in which she advocated it, the dress was christened with her name [bloomers]. Mrs. Stanton and I... endured, in various places, much gaping curiosity and the harmless jeering of street boys.

In the winter of 1852 and 1853, when my father was in congress, I was also in the cosmopolitan city of Washington, where I found my peculiar costume much less conspicuous. My street dress was a dark brown corded silk, short skirt and straight trousers, a short but graceful and richly trimmed French cloak of black velvet with drooping sleeves... and a low-crowned beaver hat with a long plume.

I wore the short dress and trousers for many years, my husband, being at all times and in all places, my staunch supporter... The dress looked tolerably well in standing and walking, but in sitting, a more awkward, uncouth effect, could hardly be imagined...

So, by degrees... I lost sight of the great advantages of my dress - its lightness and cleanliness on the streets, its allowing me to carry my babies up and down stairs with perfect ease and safety, and its beautiful harmony with sanitary laws, consequently the skirt was lengthened several inches and the trousers abandoned.

As months passed, I proceeded in this retrograde movement, until, after a period of some seven years, I quite "fell from grace" and found myself again in the bonds of the old swaddling clothes - a victim to my love of beauty...

All hail to the day when we shall have a reasonable and beautiful dress that shall encourage exercises on the road and in the field - that shall leave us the free use of our limbs - that shall help and not hinder, our perfect development"

However, as years goes by; the horrible design was gradually re-amended by modern professionals and finally it becomes general accepted into the public because "The Queen Of The Coast; THE GREAT MOTHER OF ALL HARLOTS; is never asleep.

She is continuously roaring as a lion seeking how to contradict God's principles and cause humanity to serve God under the anger of God. The shape of trouser was never meant for women to wore; but the Queen of coast has already fore-seen the horrible MIGHTY SEDUCTION and enticement it might cause and today; you can behold such wicked enticement even in the church of Christ.

GREAT HAVOC CAUSE BY WOMEN TROUSER OR PANT.
1. It abuse the creativity design and God's standard ways of differentiating his creation. This standard ways is foreseen In Deuteronomy 22: 5 "The women shall not wear that which pertaineth unto a man, neither shall a man put on a woman garment for all that do so are abominable unto the LORD thy GOD" 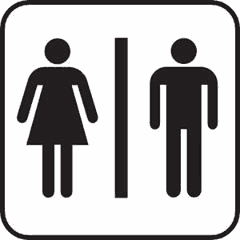 Inasmuch, trouser or pant was first beholdeth in the waist of men and also wore by early Christian missionaries while their women wore a long flowing gown, which signifies a complete different identification. I mean, why decides to become a scape-goat of destruction for working against God's ONLY standard way of differentiating between women and Men wears. 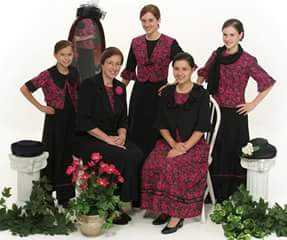 Though you might justify yourself that God didn't specifically outline the basic wears for women or men. But remember; you are not much spiritualize or committed than early Christian missionaries that brought the gospel to Africa.  They invaded African when Malaria was been dreaded as H.I.V. Yet, many of them died.

They were persecuted and suffered and also offer their lives freely for the propagation of the gospel, so that you might obtain it and becomes saved. How many souls have won for CHRIST since you surrender your life to him? Hence, you are only engrossed on how to attar the godly standard ways of differentiating women and men wears which the missionaries upheld. What a pity!

2. It definitely leads to seduction. This is the secondary reason why THE QUEEN OF COAST gives credit to it. She knew very well that men are easily moved and seduced by SIGHT. Matthew 5:28 "But i say unto, that whosoever looketh on a woman to lust after her hath commited adultery with her already in his heart" 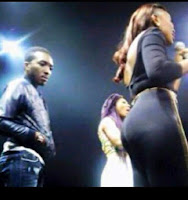 It doesn't matter the purity motives of your heart while parading on women trouser or pant You might wear it with pure conscience just for wearing sake or perhaps to walk majestically. As you walk along that road, hundreds of men will always admire the sudden pump-out shape of your backside, thereby; getting lusted, which suddenly transmit into sexual immoral imaginations and thoughts.

Moreover; women back-hip is a hot-spot which always attract and activate the sexual arousal of men. Men are not easily attracted by beauty face of women; their first hit-target which always spark-up their emotional sexual feelings and lustful thoughts is back-hip. One of the puberty stage sign of women is the sudden growth of their back side-hip and when you wore trouser or pant it will certainly preview the whole skeleton layout.

MAKE SURE YOU BURNT THEM TODAY AND DON'T GIVE IT OUT ; repent from this horrible act and ask the Lord for his forgiveness; but failure to abide by this teaching will definitely amount to an eternal punishment in hell.

Title : The Historical Origin And Danger Of Women Trouser
Description : Before the invasion of Africa by the western colony Masters; Nigerian cultural ways of dressing for women is WRAPPER which is tied a...
SALVATION MESSAGE

0 Response to "The Historical Origin And Danger Of Women Trouser"