Only Christians Abandoned Their Wounded Soldier 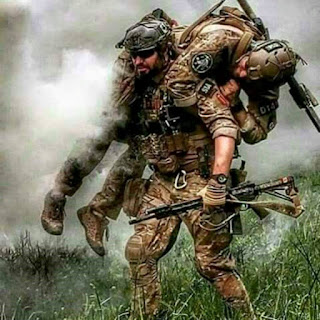 Galatians 6:1 "Brethren, if a man be overtaken in a fault, ye which are spiritual, restore such an one in the spirit of meekness; considering thyself, lest thou also be tempted.

READ ALSO: Generation Of Pretense And Perverse Christian In The Church.

It's only in Christianity i have behold a wounded Soldier of Christ allowed to died while nursing his/her wound sustained from either witchcraft or financial limitation bullet without cares due to selfishness and pride of his comrade. Today Christianity is ignorant of the Meaning of the word "Church".

WHAT CHURCH:
The church is assembling or collective of Christians. It's the body of Christ while Christ is the head of the church. Across the ocean, stream and valley; across the nations, continent, worlds, state, communities, villages and streets we are in one body of Christ. We are never separated; we are unified in one heavenly language and one doctrine of Holiness, truth and righteousness.

We are not haters and back-biters; we are called love because our father is love. We are the first born of Christ and heir to the throne because we are possessor of the kingdom of God. We are never afraid of death because our master has already conquer death and given us assurance of resurrection. We are not of the world, although we are in the world but never of the world. We are fearful believers in Christ and not religious worldly system followers. 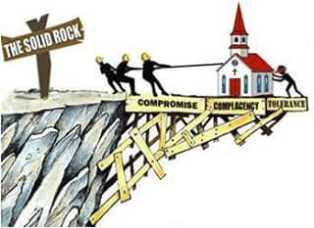 We are called "Brethren" because we are of one stock in body of Christ. We work together as brethren in order to keep the body of Christ healthy by caring for one another. Our master and only precious savior; Jesus Christ, didn't come to the world for the saints and righteous believers but rather he came for us. He came to show us the true light and path of righteousness.

We are horrible sinners and wicked brethren in the past. Our lives were filled with wickedness and sinfulness due to the fallen of our first parent in the Garden of Eden. Thereafter, God pronounce his judgment upon us, which is death because we are an offspring of the fallen; and we are not worthy to call his name because we have come short of his glory. However, the only begotten son of God came to restored us back to his father by calling us the Church.

Which he sounded many thousands years ago that he is coming to rapture a ready and prepared church for heavenly glory for a banquet of the last super. We are never a better person but we only come to the church to get better and renew our inner life as it was written; Psalm 119:17 "The entrance of thy words giveth light; it giveth understanding unto the simple”

Majority of us came to the church due to one problem or others; some came for healing and miracle, money, marital and educational breakthrough, thereafter arrested and decided to seek after heavenly glory. While some also came due to poverty, spiritual attacks, failure and curse.

However; some are also in church because they want to repent and seek after the salvation of their soul; after exhibiting a dangerous and former atrocious lifestyle in deceit, prostitution, theft, lies, murder, abortion, arm-robbing, witchcraft and occultism etc.

They came to the church in order to be perfected because they are not better but trying to become one. We only come to the synagogue to hear the words of God that built faith in-order to become a better person for the kingdom service; as it was written; Romans 10:17 "So then faith cometh by hearing, and hearing by the word of God"

READ ALSO: There Is No Best And Perfect Church.

The church is where we are nurture, broken, sanctified and perfected for heavenly glory. Those brethren you see in your church are there not because they wanted to be there, but they are there in order to be a better person.

UNBELIEVING BELIEVERS IN THE CHURCH
It's our daily responsibility to seek and identify a weak soul or a wounded Soldier of Christ and encourages him/her to continue in faith. Create time to invest spiritually, financially or emotionally upon his/her life. Don't be selfish in your dealing but rather embrace the mindset of caring and expression of love to one another. 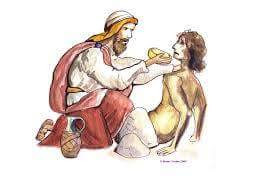 Ask about their welfare, intercede in prayer and encourage them because we are the light of the world. Moreover if you still have any clothes or shoes in your possession which you haven’t wore for the past 3-6 months while your brethren are parading in rags, you are bloody sinner. And you are not fit for the kingdom of God.

You are a wasteful Christian and a disgrace to the book of life for allowing your fellow comrades to returns back his/her vomit due to lack and needy and Heaven will surely held you responsible for those lost soul.

As a pastor, if your daily budget in the church is how to re-paint the church, decorates and build church branches and construct cafeteria and cumbered with useless building projects while innocent soldiers of Christ, the less privilege one whom children had been chased-out from the school due to school fees, yet they find it difficult to feed and clothes themselves, always come to church fellowship in same faded rags-clothes while you seem less concern — Your eternal rewards awaits you in shamefulness.

We are call to serve and service one another and not to mock and abandoned our fallen war-hero at war-front to die. Eternity race is about to elapse and we can't survive or run an effective race without the help of others. 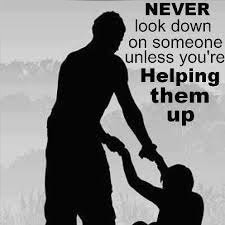 Please kindly sort out for the less privileges ones around you, widow or jobless comrade within your church and neighborhood and help them. Always ensure you help every wounded soldier around you. And after helping such person please don't announced or make it publicly so that your Heavenly father who sees in secret would rewards you openly.

Whenever you makes or publicize such generous offer to the 3rd part, you have ignorantly receive your glory or rewards and don't expect any blessing from your Heavenly father; Matthew 6:3-4 But when thou doest alms, let not thy left hand know what thy right hand doeth: That thine alms may be in secret: and thy Father which seeth in secret himself shall reward thee openly. Finally, before you enact such generous offer or counsel to any wounded soldier. Ask yourself this question, If It Was Jesus Christ, What Would He Do?

Title : Only Christians Abandoned Their Wounded Soldier
Description : When a marine Soldier got wounded in battlefield his fellow comrade will ensure they rescue and even drag his body bag home because ...
SALVATION MESSAGE

0 Response to "Only Christians Abandoned Their Wounded Soldier"