The 3rd Visit To Heaven By Sister Gift Jonathan Ezeke 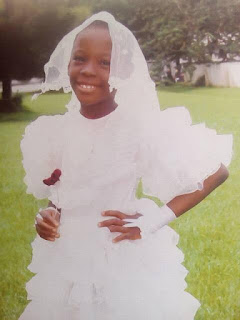 The Lord has been using sister Gift Jonathan Ezeke to wrought great exploit in kingdom of God. She is divinely gifted in divine revelations, dreams interpretation, visions and prophecy. She has been a source of spiritual liberation to her family because she often beholds the plans and dart of the enemies and afterward exposed them to her parent who immediately embarks in warfare of spiritual encounters in prayers.


She is quite a remarkable child to the family and also twins. Moreover her twin’s sister also shares part of the divine gift. These two sisters are presently laboring in God’s vineyard and this is the 3rd encounter of heaven she had recently and wishes to share with the world.

THE FIRST TRANSIT TO HEAVEN.

Sister Gift Ezeke first divine revelation of heaven occurs when she was 7 years old in the year 2012, During that period she live with her parent in Bigquo town suited in Calabar, Cross river in Nigeria. She emphasized many things that transpired while in heaven but unfortunately people didn't take her revelation very serious until her second transit to Heaven.

Though her parent believes her first encounter of Heaven revelation because they were affected; mostly some of them discovered that their names were not in the book of life but in Hell.

THE SECOND TRANSIT TO HEAVEN AND HELL.

The 2nd transit to heaven by sister Gift Ezeke occurs on Friday night 9th -9-2013, where she was taken to heaven and later to Hell. When the Lord took her to Heaven she didn't behold all her family members’ names in the Book of life, so the Lord has to take her to Hell to check records in the book of death.

A VISIT TO HELL.

Though her family were fervent and zealously in God's service but unfortunately most of their names were found wanted in the book of life but were later seen written boldly in the Book of death in Hell, including her twin sister (Grace) because she was involves in telling lies and uses of abusive words. Sister Gift Ezeke affirms that her little sister name (Emmanuella) who was 5 years at that period, was also found written in the book of Hell and her offense was due to anger. 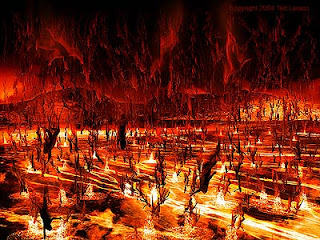 She concluded that the book of death in Hell is voluminous. It's one thousand times bigger than the book of life in Heaven. Jesus pointed the reason to this fact is because majority of the people presently on Earth are going to Hell fire due to un-repented sins and it's only few genuine Christian will make Heaven when they died.

The painful details about her testimony is the account of children presently wailing and groaning in hell due to sins of lies, hatred, anger, quarrel, fighting, rebellion and disobedient to their parents.

Sister Gift Ezeke reveal that majority of the children she behold in hell fire were matured in reasoning and mentally knowledgeable to differentiate between good and evil. This attests that little children with understanding or able to cultivates between good and evil are likely to enter Hell Fire if they dies in sin without repentant.

THE THIRD VISIT TO HEAVEN BY SISTER GIFT.

My name is sister Gift Jonathan Ezeke and this is my 3rd encounter and visit to Heaven which recently took place last year 7th of September 2016. On that fateful day, I and my family were observing our quiet time (bible reading, meditation and prayers). However, as we were praying my twin’s sister (Grace) beholds our Lord Jesus Christ standing at our door. 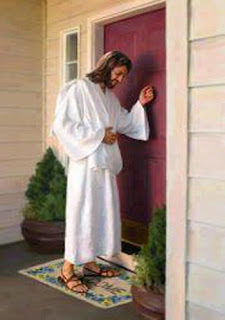 She said, Jesus told her that he has come to join my family in quiet time (reading and meditating of the scriptures) but unfortunately he can't enter inside our room because someone was naked. When she revealed this info with my family we were worried and decided to verify who was naked among us. We later discovered it was my little sister (Deborah) who was 1 year and 8 months old.

Instantly my mum ought to cover her up and the Lord was able to join us in our quiet time. The Lord told my sister (Grace) that he has come to delivered my family from every spiritual hurdles and attacks. We were confessing our sins, falling under anointing and powers of darkness were sent packed from my family by the Lord. It's was great deliverance.

THE THIRD TRANSIT TO HEAVEN.

While the prayers were going on i became weak and decided to lie down. Immediately i behold two angels who came and took me to heaven. The host of heaven were praising and worshiping God. I behold God Almighty standing; he was shining brighter than the sun. 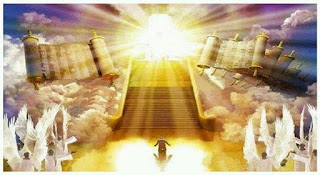 I couldn't gaze at his face because it was covered with brightness. Suddenly i heard him speaking to me. This is first time i could be held him, his voice was very loud and echo’s like thunder. I tried to cover my ears but it didn't help. I was trembling before him.

He uttered "You are welcome to my paradise my daughter, you were all created to be my children but you decided to accepts Satan, i have prepared today for you. So i want to reveal what is transpiring in your life and siblings"

Thereafter, the angel came and took me to where the host of angels and saints were praising God. While praising God at his throne, God told me that I and my sibling (5 in numbers) were created for the last day deliverance of humanity but we deliberately decides to embrace the works of Satan but we have been delivered"

Among all the members of my family, my twin’s sister Grace has the highest spiritual gift for both vision and deliverance followed by my little sister Emmanuella. God said, your little brother (David) is already called to be pastor but still struggling with stammering tongue, i will still used him but will cause his stammering tongue to ceased whenever he stop committing sin.

Your little sister Deborah will be a prophetess, though the devil has beheld her gift but i will always protect her. As God was speaking, his voice echo’s like thunder. He continue, you shall be visiting heaven intervals because you have a messages to share to the world, you can now go and join your family, but later i will send through you another messages that you will delivered to the world"

Then the two angels took me back to the earth. My family were about to wake me up because i was like a dead person. Immediately i entered my body i awoke. While i was in heaven i was privilege to behold my family and rest of the world. It seems to break God's heart due to darken spot circle in human heart, which signifies iniquities and unrepented sins.

There is no much time because the Lord will soon come, so whatever secret sins that still dominates your heart, please cry out unto God today and not tomorrow because it might become too late for you. When i appeared before God's throne I perceived his glorious and merciful eyes. 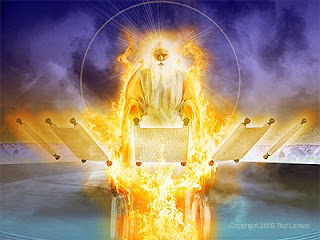 He was so glorious and kind toward humanity and never wants anyone to perish, despite the sinfulness in my family yet he has been fighting for us. He has also been fighting for you, both in divine protection and gracious gift of life in you.

ALSO READ: How To Save The Perishing Soul From Hell Condemnation.

Please i need you to use this medium and opportunity to approach God base on his mercy and compassion and he shall forgives and washes away your sins. Please don't die in your sin because during my second transit to heaven and hell, what i behold in Hell fire is outrageous and full of wickedness.

In hell there is not pity, no God's mercy, no protection, no food or water. Hell is completely darkened with destruction and eternal rejection from God. Today is an appointed day for you to reconciled back to God, accept his only son into your life and if you have backslidden from faith. Please kindly re-dedicates your life back to Christ and he shall forgives and washes away your sin.

The Lord is always merciful and gracious but this attributes are for the living soul. Once you die in your sin or backslidden statues, likewise also you shall be cut off eternally from his divine grace and mercy. It's time to get back to God while you still alive because tomorrow might be too late.