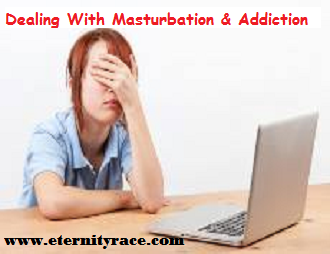 I foolishly boasted of being a Christian because I had resisted temptations with ladies whom came tempting me (sometimes in my room, a private office, etc. (Kindly note that I am sexually o.k because during those temptations I did be highly sexually aroused, which my tempters may notice.

At least I caught one of them stare hard at my groin region during one of such experiences, while at most times I shielded this region from the tempters or simply leave the venue of temptation) We need to understand that Christianity is either we are being hot or cold. God doesn't even appreciate 99.9% holiness.

Questionable, Christian ladies unsuccessfully approached me for sex even in strange manners, while a few virtuous ones whom openly praised my virtues left me for no reason. Almost everywhere I turned, people around me rose against me. Those experiences were too gruesome for me. So, it was easy for me to decide to continue living with my marine-spirit babe, and personally pleasure myself in sin.


The key to deliverance from all addictions is resistance, though it may come with excruciating pain. God isn't a dictator who will just manipulate us to becoming holy or victorious over an addiction. Moses stayed without food on the mountain for forty days so as to conquer flesh and be with God.

People who come out from the occultist world understand the principle of "resistance" to securing deliverance, just as some people will "resist with their blood" so as to attain salvation. Brethren, we've got our parts to play as God's faithful to give us the Word to fight our battles, as well as resist the Devil. There's no human logic involved. 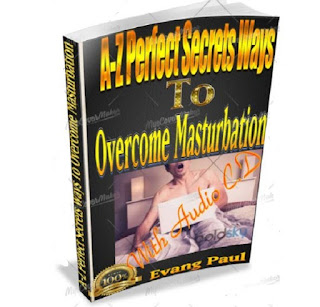 You have to "resist" it. Resistance is an action that involves "lots of excruciating physical and spiritual struggles/ warfare’s/ disciplines". There were countless times that I did wake up when my sleep was in "gear sweetness", just to pray. There were times I did "strong erections", just out of nowhere, for "many straight hours" (I guess you can't imagine the social, and psychological tortures as well as embarrassments that came with the HOURS OF THE STUBBORN ERECTION).

It may involve taking strolls; visiting Christians brethren even when you should be indoors; not looking at ladies at all--till you defeat the problem; not moving your hand anywhere close to your groin area; not even looking at your organ; keeping off from all forms of porn’s and seductive stuffs.
Hurriedly bathing your organ when you are having your bath; quitting watching the TV, etc

Some Nigerian artistes have joined Illuminati which is busy killing souls of men, especially via immorality) Remember, better to pluck out your eyes if it will take you to hell? (For those who may nurse thoughts of marriage so as to solve the problem, please discard marriage as its solution.

READ ALSO: Danger Of Worldly Music And Movies In The Life of Christian.

Solve your problem and then later think of marriage. I strongly advise that if anyone is spiritually harassed by marine spirit babe/ boos/ babes/ omo-to-shans/ guys/ big boys/ badoos/ baddest-guys-that-liveth /etc etc, such a person must please run fast for deliverance. When I was in bondage as a lukewarm Christian, at times I was so much sexually harassed in dreams that I did wake up and be stimulated to jerk severally. 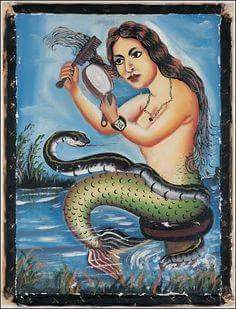