Is Oral Sex Sinful Or Acceptable In Christian Marriage 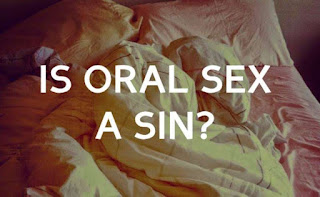 LIST OF ORAL SEX TOPIC TO BE DISCUS
Howbeit it’s not surprising to behold some Christian’s married couples who indulges into oral sex with the notion that they are legally married and has every godly or heavenly right to implement oral sex in their matrimonial beds. The Lord God Almighty is a perfect creator. He created us in his own image and likeness. We have…
All these body part performed a definite function in the body. The Lord further carved-out the genital organs for a definite purpose;
Hence, as a Christian who understand God's creativity standard; how will it sound or seen when a married Christian couple forbid the genital use of vagina or penis and starting making use of the anus (homosexual) for penetration? Doesn’t it sound abominable before the sight of God? We must also recall to memory, that this exact reason why God destroyed the city of Sodom and Gomorrah?

Sex is originated from God and it's meant to be practiced in marriage and not through the aid of artificial means or an inter-exchange of body parts. The act of sexual intercourse is natural and must be practice naturally and not using artificial means. That is horrible before God.

The natural and biblical means of sexual engagement involved the use of genital organs, the penis to the vagina and not otherwise. This is scriptural and biblical. It's naturally endowed and honored by God while the uses of hands to please one another or massaging of the clitoris or jerking of the penis is horrible and disgusting before the sight of the Almighty.


The hand must not run downward to the genital organ. It’s artificial means of pleasing one another sexually and not naturally as been recorded in Genesis.

A Beloved sisters share with us about her opinion on oral sex and it read thus….. “I have never been totally comfortable giving oral sex. To be honest, I have always felt dirty doing it. My husband loves it and asks this of me often. I have refused him, and it has caused arguments. He says I am sexually frigid and stuck up. Recently our arguments have gotten so bad that I threatened to leave him. I am so angry at him”

In such state as a married woman, the best you can do is to indulge in praying and fasting for your husband, through prayers the Lord will opened his heart and eyes to behold the same dirtiness which you saw about oral sex while practicing oral sex as married Christian couple.

THE ACT OF ROMANCING IN MARRIAGE

The act of romance is always welcome in marriage, such as kissing and touching of the sensitive parts of the body such as the "neck" (woman), "chest" (man), breast (woman). But the hand must not go down below the genital region. The genital organ must be use for the genitals purpose and not contradicting with the hands. 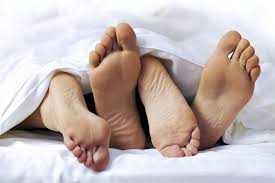 The husband and wife are duly free to stimulate one another by getting each other activated for sexual intercourse. It's not sinful but it depends on the region part of the body where such stimulation occurred. However romance or touching one another for "sexual stimulation" always deals with kissing (mouth to mouth and NOT mouth to vagina or penis). While the act of touching one another for sexual pleasure always deal with romancing of the sensitive part of the body "neck" (woman), "chest" (man), breast (woman).

Nevertheless during foreplay activities, the private part of the body which is penis and vagina must never be compromised. It's called "private organ" because it's sacred and only meant to be used for it definite purpose. Those private part organs must never be tampered with "inserting of the hand into the vagina" for sexual stimulation or "jerking off the penis with hand" for sexual stimulation.

IS ORAL SEX SINFUL OR ACCEPTABLE

Is oral sex a sin? "Yes" oral sex is a sin and those who have deceived themselves into thinking that oral is not a sin have been blinded by the god of this world. Oral sex is a sin and sodomy, and should not be practiced among genuine Christian married couple who has the mindset of making heaven.

Anything that isn't vaginal sex is sodomy.

Sodomy is any sexual act that cannot lead to procreation, hence anything that isn't vaginal sex, is sodomite. So, as a married couple and if you unfortunately behold yourself into this horrible, abominable and disgusting act of practicing of oral sex, I plead you indulges into repentance and seek for God's mercy because God is not mocked.

Ecclesiastes 12:13-14 Let us hear the conclusion of the whole matter: Fear God, and keep his commandments: for this is the whole duty of man. For God shall bring every work into judgment, with every secret thing, whether it be good, or whether it be evil” The mouth must be to mouth (kissing) and penis to vagina (sex) and not be inter-exchange for oral sex because the end thereof is eternal doom in Hell. To be continue on next topic "The Danger Practice Of Oral Sex In Christian Marriage"

Title : Is Oral Sex Sinful Or Acceptable In Christian Marriage
Description : This is one of the controversial topics emitting today among Christian homes and also in the church because many pulpit don’t feels bo...
SALVATION MESSAGE