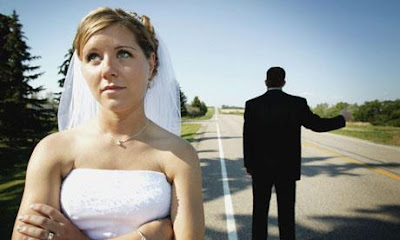 There was a lady who was disappointed during her wedding day by the man that proposed to marry her. She got mad about this and cried bitterly. Though she was encouraged but the scar will definitely take time to heal considering the present peer-pressure in getting marry.


Later, she received another proposal, the wedding arrangement fixed and suddenly she got another call that almost causes her to commit suicide. The man explains he wouldn't go further with the engagement rites; without tangible reason. The sister was worried and confused about the whole scenario and decided to devote her time in church activities.

Nevertheless; during one of the church service, a prophesy sound was heard and it goes thus "You daughter of mine that thought I AM DEAD due to marriage failure, asking about where-about of my power, mercy and compassion. I am the Lord God of Host and i changeth not. How many times have you fasted, prayed and seek my face for approval before accepting those marriage offer? Behold, i am the Lord, I changeth not, seek me and you shall find me"

The sister broke-down in tears, weeping and pleading for God's mercy; honestly she didn't receive any heavenly answer from those marriage scandals. But rather consumed in Joy and dreams. After some years, a gentle man proposed to her; but this time she almost crucified herself in mountain of fasting and prayers until she heard confirmation and later got wedded.

Few years later; while returning from market she beholds a mad naked man wandering on street. Alas; it was brother Ifeanyi, her first heart breaker; as she was trying to regain from the shock. She meant her long course mate who informed her that her previous heart breaker; Brother James was shot dead year ago in seme-border during gun fire exchange between the custom officers and smugglers.

She shouted; Haaaaa; God you are so faithful in compassion, mercy and power. Thank you for your divine mercy upon my life. She was sighted shedding tears of thanksgiving unto God. The passer-by were surprised and inquired reason for her tears and thanksgiving; she said "Behold GOD Never Change, He See's Our Future, Present And Past"

READ ALSO; How To Prepare For Marriage.

They just want positive results and never bother to goes on knee and inquired from the Lord. When you realized the gracious aspect of the Lord then you will appreciate him for whatever condition you are presently experiencing because he see's far beyond human comprehend. Don't blame or judge God unrighteous whenever winds of life blown-off your roof top but rather be thankful. 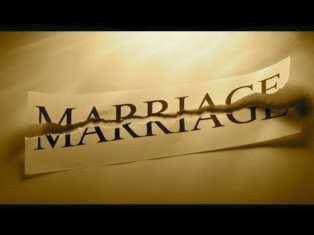 The major different between God and man is that; God always gives and forgive while man always gets and forget. Don't just accept any marriage proposal without proper investigation. Though, many are busy and anxiously sweeping every crane and corner for slight marriage proposal without going into prayers for confirmation. It's an ungodly act because prayer is key of communication and means of hearing from God. However; the answer to that prayer is always perceived in three different form and source.

READ ALSO: Important Of Prayer In Life Of Christian.

1. YOUR MINDSET.
The heart is a fragile piece of element which retaineth image motions and clips for decades of years. When the heart prick and caption the image of the man, several thoughts will signal and wire through the brain cells. Emotional feeling and lust will propel into-play.

This will later built a cloud over your spirit man, in night dream you will behold the man sharing things altogether with you; probably holding an umbrella together and when you awake, Ooh yes; GOD have answer my prayer.

2. DEMONS AS AN ANGEL OF LIGHT.
This forms is very dangerous and mostly used in trapping serious Christians into perpetual bondage of marriage with strange spouse. 2 Corinthian 11: 13-14 "For such are false apostles, deceitful workers, transforming themselves into the apostles of Christ. And no marvel; for Satan himself is transformed into an angel of light.

The scripture emphasize about the cunning style of devil, how he was able to transform himself into an angel of light for deception. It also gives us clue to always test every spirit weather it is from the Lord. The devil may wear the image of your General Oversea/Pastor and encourage you to accept that proposal; alas, when you awake, praise the Lord mt prayer has been answered; This is deceptive, make sure you didn't fall into such trap.

3. GOD PERFECT WILL ANSWER.
It might seem dangerous to pray for GOD'S PERFECT-WILL partner in marriage. In some cases, when that perfect will sister or brother comes knocking at your door. Honestly, You might tend to shout Holy Ghost Fire or rebuke Him or Her because God's perfect desire or will for you might seem foolish unto you.

Though; you might conclude to get engage with a particular yellow tomatoes sister or a handsome rich and tall brother. But in order way round;  the Lord is persistently reveling and directing a particular wretched brother or ugly sister to you as his perfect will. But instead you decide to goes after a deceptive bait; Honestly, you will regret your decision.

But if you can gently close your eyes and shut your ears from gossipers; Kindly escort him/her and walk down the aisle and manage to say; "YES I DO" I promise you my beloved; after that day, your life shall never remaineth the same because nobody does the perfect will of God and goes empty.

Though, God answer might take long because he will always test your patience and faith before answer. Most of the time, majority see's God's perfect will as madness or foolish because it seems strange. At first; you will try to manage it but later began to enjoy its godly goody-goodies. Please wait patiently for God report and don't rush into marriage because of pressure/

Title : Marriage Proposal And Counseling For Single Sisters
Description : There was a lady who was disappointed during her wedding day by the man that proposed to marry her. She got mad about this and cried...
SALVATION MESSAGE

1 Response to "Marriage Proposal And Counseling For Single Sisters"