Home » Salvation » The Danger Of Serving God With A Carnal Mind

The Danger Of Serving God With A Carnal Mind 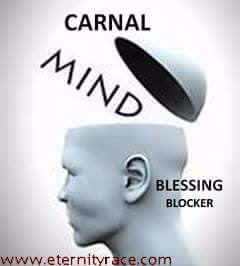 And Again, in hell with blazing fire, I saw people howling. “It’s too hot!” Like the rich man asked for a drop of water, they begged for water.  “Help me, give me water! .It’s too painful!”


They were wriggling in agony. Jesus told me to look carefully. And I saw cash of money being stuck all over their bodies, apart from face. They were wandering through the blazing fire and shouting in great painful lamentating act,

Where is my money, my money?

They were wailing: “While living on earth, I believed I could do anything with money. So I worked very hard every day. After earning lots of money, I was going to live a happy life with my family; suddenly I ended up in a hospital and died of an illness.

It’s unfair! It’s unfair. I ended up in hell, without using my money. Please help me for once! Give me a chance!”

Jesus said to me: “ To my children I gave authority to rule and conquer the earth, but they became slaves of money, not knowing their soul was dying.

As a Pastor, One day i had the privilege of visiting one foreign church on one of my missionary trips. When it was offering time, there were offering baskets in the front, and I heard the Holy Spirit’s voice saying to me:

“Look at this sight carefully and reveal it to the rest of the world.”

They were giving offering with the  smallest unit coins, and barely with cash. With my spiritual eyes, I saw Jesus standing next to the offering baskets. 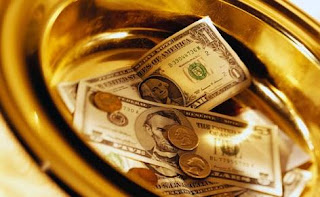 And I heard the Holy Spirit talking to me, and I saw fury in his face: “Am I a beggar, Am I a beggar to you?” Do you know why you suffer in our businesses and our children being down with illnesses?  Because we are treating God like a beggar. Do you wish to be blessed?

READ ALSO:  The Doctrine Of Tithe Payment For Every Genuine Christians.

In gloomy hell, there were swarms of snake. It coiled around human body and passed through their nostrils and chipped away skin, so they were bleeding. While they were bleeding, demons who held a big axe was standing on each side and cutting down their souls. 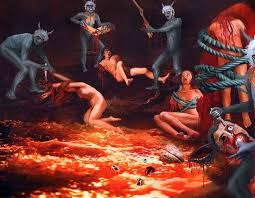 The skin was cut into pieces and intestines gush-out. They were screaming for help. And suddenly, the body will Regenerate and demons were also busy cutting the body repetitively.

“Forgive! Help me!”  But there was no one who could save them.

They used to say: “This church thinks they are the only church! This pastor thinks he is the only pastor around! Let’s leave and build us a new one” They were splitting the body of Christ with jealousy in their hearts, and taking church members to build a new church. Dividing a church is like splitting the body of Christ. They became slaves of Satan in the church. And they criticize, disapprove, and gossip.

In church, whatever the problem is, we should not blame others. Everyone should learn to accept his error. This also applies to families. Then the work of the devil will flee and the work of the Holy Spirit will live among you, resuscitating and blessing you. The above divine revelation is an excerpt from "Pastor Hyun Sook" Divine Revelation Of Heaven And Hell.

Romans 8:7 "Because the carnal mind is enmity against God: for it is not subject to the law of God, neither indeed can be" The carnal mind is selfish state of mind. Carnal mind is when an individual is purposely and intentionally minding the things of the flesh.

I have realize, many Christians are serving God with Carnal Mind, Therefore deceiving themselves while living a Christain Life of  Segregated sins. They are not mindful of their grievious Self-Born character's and lifestyle that needs to be strengthen.

READ ALSO: The Reason Why Many Christian Always Backslide Into Sins.

Bethren, you ought to understand, Once you profess been a Christian/Born-Again, Doesn't takes away your fleshy desire. If you refuse to pray and ask God to Crush those devilish fleshy eggs and eradicate those Old blood-Line, instead of believing you're save merely because you have accepted Christ.

You're playing with Fire, the desire of the flesh is a tools been used by demons in resurfacing anger, greedy thoughts etc, Which has given birth to many backslider's among the body of Christ.

And this reason why you need to pray fervently in order to uproot the root of sin in you or else you will be control by the flesh and find it difficult to walk with God in perfection and purity.

You don't work for God but Walk with God. When you walk with God, he will direct you and point out those area you needs to bring under subjection and serve him with a Sanctified Mind.

Title : The Danger Of Serving God With A Carnal Mind
Description : And Again, in hell with blazing fire, I saw people howling. “It’s too hot!” Like the rich man asked for a drop of water, they begged f...
SALVATION MESSAGE